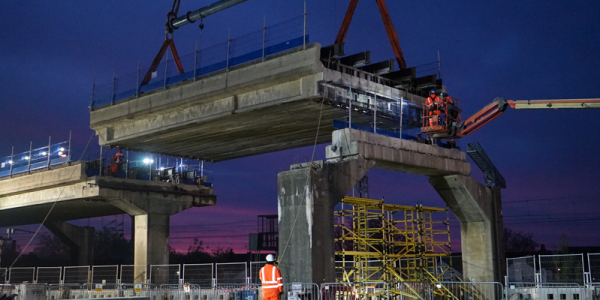 Huge sections of a concrete flyover have been removed to upgrade the viaduct at Bletchley known as the Bletchley Flyover.

Three of the largest cranes in the UK have been working to lift out sections of the Bletchley Flyover, which was built in the early 1960s to allow trains travelling from west to east to cross over the West Coast main line.

Since April work has been under way to remove concrete spans so the structure can be rebuilt to modern standards as part of the East West Rail project.