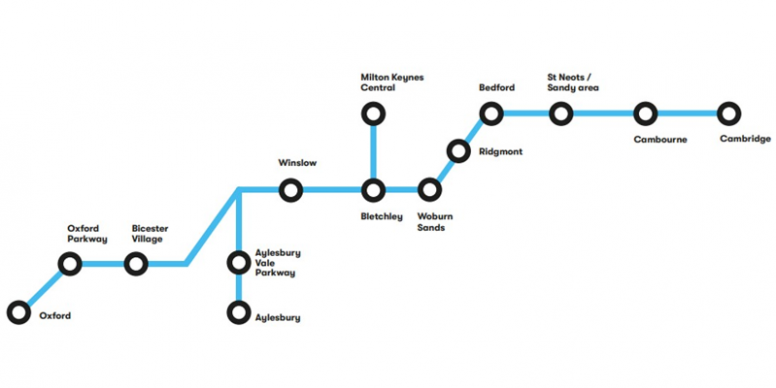 East West Rail is an ambitious project creating a new direct railway, or connection, between Oxford and Cambridge, and beyond. Serving communities across the area and bringing you closer to the things that matter: jobs, new homes, friends and family.

Oxford to Bicester: Completed in 2016 by Network Rail, this section upgraded the railway track between Oxford and Bicester Village with major improvements to local stations. Chiltern Railways began running services from Oxford through to London via Bicester in 2017.

Bicester to Milton Keynes and Bedford: This section involves putting back parts of the old track, upgrading stations, building a new station at Winslow and a large number of overbridges, footbridges and changes to crossings. EWR Co and Network Rail are leading a team called the East West Rail Alliance who are delivering this section. Main construction work started on this section in February this year.

Bedford to Cambridge: We're developing options for the Preferred Route Alignment of this section, which will link existing stations in Bedford and Cambridge with communities in Cambourne and the area north of Sandy, south of St Neots. Once these options are sufficiently advanced, we'll share them as part of a second non-statutory consultation, which follows on from our first public consultation in 2019.